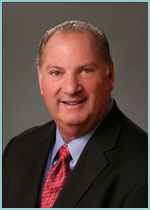 When Ronald P. Goldfaden is asked to recall his most memorable case, he doesn’t mention the $9.6 million dollar verdict for the family of a brain-damaged infant or the dozens of other multimillion dollar awards he has recovered. He doesn’t consider the cases that received extensive publicity, such as the one for the family of a student killed in the Seton Hall University fire or the one involving a father who died as a result of being injected with the wrong chemotherapy.

Instead, the case he recalls is one that he handled earlier on in his legal career. It was a relatively simple automobile accident case in which a 12-year-old client was a passenger in a relative’s car. In Ron’s own words:

I remember the case settled for about $100,000 and, pursuant to law, we deposited the money into the Surrogate’s Court, where it was to collect interest and be held until the child reached the age of 18. I remember, after settling his case, putting the young boy on the witness stand at a hearing to approve the settlement and asking him and his mother if they understood the terms of the settlement; that, absent some emergency, his money could not actually be spent until he reached legal age. I told him that, hopefully when he was 18, he would have a nice lump sum of money that he could then use to buy a car or go to college or do whatever else he decided. I had forgotten about the case until years later, when I unexpectedly received a telephone call from the young boy’s mother. She asked me if I remembered her son’s case and what I had told him on the witness stand. I told her that I did, expecting her to tell me that there was some problem. She went on to say, “I just wanted to call you Mr. Goldfaden, to let you know that my son used the money from that settlement and just graduated yesterday from medical school.” I’ll remember that phone call for the rest of my life. It reminds me that what I do is worthwhile and can actually have a significant impact on people’s lives.

Ron is a graduate of Widener University School of Law (1976) and a Board Certified Civil Trial Attorney by the N.J. Supreme Court. He is a member of a number of trial groups, including the American Trial Lawyers Association (ATLA) and the American Board of Trial Advocates (ABOTA).