Designated as a Super Lawyer 2005 – 2014 (top 100 in 2008 and 10th-consecutive year listed in Super Lawyers) in the fields of personal injury & medical malpractice; named Lawyer of the Year in 2009 and again in 2012 by Best Lawyers for his work in Product Liability matters; and consistently listed in Best Lawyers annually.

According to the National Law Journal, “John M. Blume is the attorney named by most other prominent New Jersey litigators as a leading trial attorney.”

Mr. Blume, along with fellow Blume Forte principal attorney Carol L. Forte, was recognized in the May 8, 2000 National Law Journal under the title “Jersey Giants,” an article citing 12 litigators from the State of New Jersey. This article, recognizing Mr. Blume’s superior trial work, notes that he won multiple verdicts and obtained dozens of settlements of $1 million or more.

After practicing commercial law with his father Charles for several years, John Blume began handling personal injury and wrongful death cases exclusively in 1963. A graduate of Rutgers University School of Law (J.D. 1956), Mr. Blume was recognized as an outstanding trial attorney with a record of jury verdicts and settlements that includes $10.5 million in a wrongful death case, which at that time was the largest ever obtained in New Jersey.

He was a leader in the legal profession, having served as President of the New Jersey Chapter of the American Board of Trial Advocates for four years and as a member of its National Board of Directors for eight years.

John was recognized by the Trial Attorneys of New Jersey with its Trial Award in 1990 and received the Essex County Bar Association “Civil Trial Attorney Achievement Award” in 1991. He was honored with election as a Fellow of the American College of Trial Lawyers. John Blume was recognized as one of “New Jersey’s Top 100 Lawyers” by Rutgers School of Law. He lectured extensively to trial lawyers groups and was one of the first New Jersey Masters in the Inns of Court Program, which is a mentor program for younger lawyers. Mr. Blume was listed in Best Lawyers in America every year since that publication’s inception and was honored with their designation as New Jersey Personal Injury Litigator of the Year for 2009.

In the case of Crispin v. Volkswagen, Blume developed a law permitting injured persons to recover damages from motor vehicle manufacturers with design defects in their vehicles.

The case of Alfone v. Sarno, which was Blume’s first medical malpractice matter, reached the New Jersey Supreme Court and created a new cause of action for New Jersey litigants.

Under Mr. Blume’s leadership, Blume Forte has become one of the best known and most successful personal injury law firms in New Jersey, with more verdicts and settlements of over one million dollars than any other firm in the state.

*DISCLAIMER: No Aspect Of This Advertisement Has Been Approved By The Supreme Court Of New Jersey. 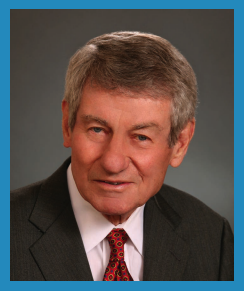 our founder, mentor and friend.

John was a legend among the trial bar, and his talents and contributions to the law and our firm, are irreplaceable. John graduated from Washington and Lee University and Rutgers Law School. He joined his father, Charles Blume, in practice in 1956 and over the course of his nearly 60-year career, built a formidable plaintiff’s personal injury practice. Throughout his career, John represented those whose lives had been upended and who turned to him for help. He treated each person with respect and compassion. He was a constant source of new and bold ideas and was always willing to push boundaries and create new law in his field, often recognizing before anyone else, where the law needed to go. In Alfone v Sarno, 87 N.J. 99 (1981), he established that there could be a distinct cause of action for the wrongful death of a person who had previously brought their own suit for damages. He did not shy from difficult cases of varied types, whether on behalf of a person paralyzed from a defective car, a family whose husband and father had been killed at a worksite , Tirrell v Navistar, 248 N.J. Super 390 (App.Div 1991), one whose child had been grievously injured at birth, Cogdell v Brown, 220 N.J. Super 330 ( Law Div 1987), one whose member had been electrocuted by PSEG’s high-voltage wire, Black v Public Service Elec and Gas, 56 N.J.63 (1970), one whose wife and mother had been kidnapped from a parking lot and killed, or one whose parents had drowned when their car drove into the water from a boat ramp, to name but a handful of so many over his decades of practice. John gave freely of his time, experience and expertise, and willingly helped anyone, professionally and personally. He was one of the most generous people we knew. He gave many their start in the law and taught trial skills to not just those at this firm but others too. He was a Master in the Inns of Court and a true master in the courtroom. He was a Certified Civil Trial Attorney, one of the first attorneys in New Jersey to receive this designation and was a member of the American Board of Trial Advocates. According to an article in the National Law Journal, “John M. Blume is the attorney named by most other prominent New Jersey litigators as a leading trial attorney.” John received awards from the Essex County Bar Association, Trial Attorneys of New Jersey, and was honored with the James J. McLaughlin Award. He was recognized by the National Law Journal as a top Litigator in New Jersey and was designated every year between 2005 and 2014 on the N.J. Super Lawyers list and was named Lawyer of the Year in 2009 and 2012 by Best Lawyers, to name but a few of those organizations and people both locally and nationally who recognized his exceptional abilities. The National Law Journal described him as a “Jersey Giant”; while he was fearless, he was also gentle, and while formidable, also approachable, humble and unpretentious. He had boundless energy and never stopped motivating others to do more for their clients and the law. In addition to his family, including his wife Myrna, his children Randy Lee Blume, Lawrence Blume and grandson Elliot Kephart, he leaves behind an unparalleled legacy and many grateful clients and colleagues.