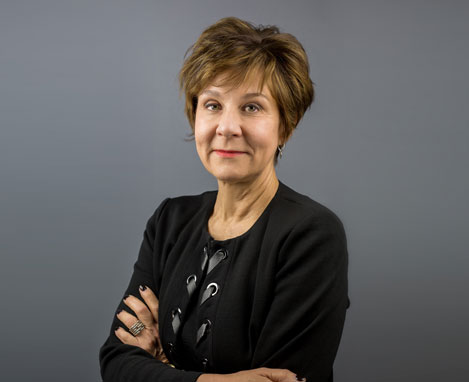 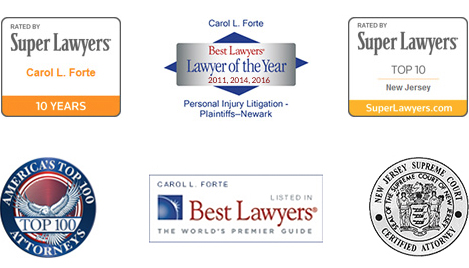 According to the National Law Journal, Carol L. Forte is often cited by other attorneys as the leading female trial attorney in the State of New Jersey. In a May 2000 article entitled “Jersey Giants,” the Journal recognized Ms. Forte as one of the top 10 litigators in the state. She has been recognized by the National Law Journal on multiple occasions as one of America’s top 50 women litigators.

Carol was elected a Fellow of the American College of Trial Lawyers in 2008. The College consists of the best of the trial bar from the United States and Canada. Membership is by invitation only and is extended after careful investigation to ensure that this honor is offered only to those trial lawyers who have mastered the art of advocacy and whose careers have been marked by the highest standards of ethical conduct, professionalism, civility, and collegiality. Membership in the College is limited to one percent of the attorneys in the country.

Carol joined the firm in 1984 after graduating from Seton Hall University School of Law. Her prior experience as a registered nurse has proved useful in the medical malpractice cases she has handled.

Carol has represented large numbers of women whose breast cancers were not diagnosed in a timely fashion. She has also handled cases involving delays in the diagnosis of cervical cancer. She is one of the leading attorneys in New Jersey handling birth injury cerebral palsy cases and brachial plexus injury cases in which the nerves controlling a child’s shoulder and arm were damaged during delivery.