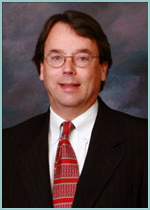 Brian E. Mahoney joined Blume Forte in the summer of 2004. Over the past 39 years, he has participated in a variety of complex litigation involving construction, toxic tort, product liability, medical malpractice, and personal injury law. His trial experience has encompassed either trying or co-trying over 50 cases to verdict, including two cases which produced verdicts in excess of $1.0 million.

Mr. Mahoney is the author of New Jersey Comparative Fault and Liability Apportionment (Gann Law Books), a leading treatise which has been published annually since 2000. In 2005, the treatise was re-titled “New Jersey Personal Injury Recovery.” This work has been cited by the New Jersey Supreme Court as authoritative in its field. Mr. Mahoney has lectured on the subject of comparative fault in the Inns of Court program.

Mr. Mahoney attended the University of Exeter in Exeter, England and received his B.A. with honors from the College of William & Mary in Williamsburg, Virginia in 1976. He received his J.D. with honors from Rutgers Law School in Newark, New Jersey in 1979 and was admitted to the New Jersey Bar the same year.  He was certified by the Supreme Court as a Civil Trial Attorney between 1995 and 2017