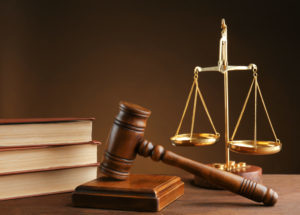 The New Jersey priest sexual abuse hotline was created in response to a report issued by Pennsylvania about priest abuse in that state. The report caused an outcry across the country and led Attorneys General in multiple states to launch their own investigations into priest sexual abuse by Catholic priests.

Lawmakers throughout NJ are praising the hotline, saying that it gives victims of sexual abuse by Catholic priests an outlet for their emotions and memories of abuse. Some of the callers have likely not talked about the abuse until now. Others might have talked about the abuse but felt like it fell on deaf ears. Now, victims of priest sexual abuse in New Jersey have a hotline to call and explain what happened. According to authorities, some of the calls are reporting multiple victims of priest sexual abuse.

Are you a victim of sexual abuse by a priest in New Jersey? Do you feel like you have nowhere to turn? Contact the law firm of Blume, Forte, Fried, Zerres & Molinari today to schedule a confidential consultation. Our attorneys represent clients throughout NJ, including Parsippany, Mount Olive, Union City, Bayonne, Middletown, and Howell, New Jersey. You can reach us by calling 973-845-4421 or by filling out the online contact form. Our main office is conveniently located at One Main Street, Chatham, NJ 07928, and we also have offices in Jersey City, Sea Girt, and North Bergen, NJ.